About us: Breeder Profile

The quality of any breeding program and the knowledge of the breeder pursuing this endeavor is mapped by the quality of dogs produced and the accomplishments in their chosen fields to show character, structure and health with consistency.  A good breeder also looks to promote the community where the sport and dog ownership have a chance to grow in a healthy manner and give back to the youth so the interest in maintained in this novel endeavor for years to come. 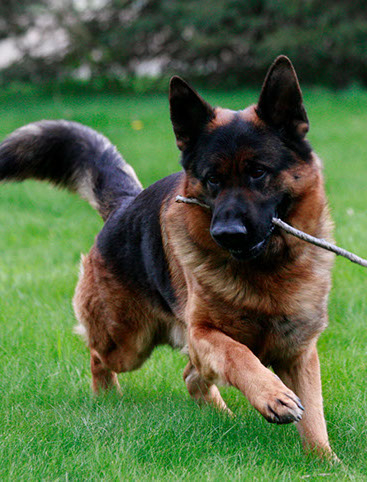 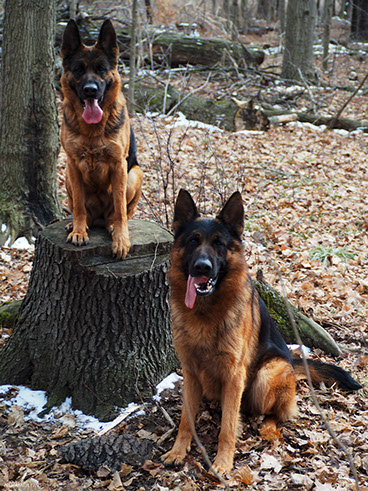 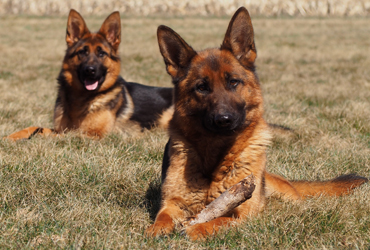 A typical day at the ranch: running playing and chewing sticks.

Raised around German Shepherds since early childhood, trained professionally as a Graphic Designer and Branding Consultant, speak four languages and have been participating actively in breeding, training and showing dogs for several years.  Member of the German Shepherd Dog Club of America (GSDCA), also a member of the Verein für Deutscher Schäferhunde (SV), Germany.

Headed the Youth Handler Program for the USCA Sieger Show from 2011 to 2012 which was very well received (highest number of enrollments as over 30 youth handlers participated in the event) and attracted sponsors as a means to encourage the youth to be an active part of the organization and be involved in our sport.

Presented kennel group in 2016 USA Sieger Show and received 2nd PLACE KENNEL with three dogs in the working class and two in the youth and young classes with a highest difficulty of 4 sires and 4 dams.

Bred and titled Manolo von Nummer-Eins from BH to IPO3, campaigned him to  V1 at the Canadian Nationals 2017.

Female from breeding is a performance award winner in USA, Austria and Germany in the same calendar year, making her the ONLY American bred and youngest female ever to hold this distinction.

Another female from breeding is the youngest American bred female to make VA with IPO3.

Certified Club helper with the German Shepherd Club of America.