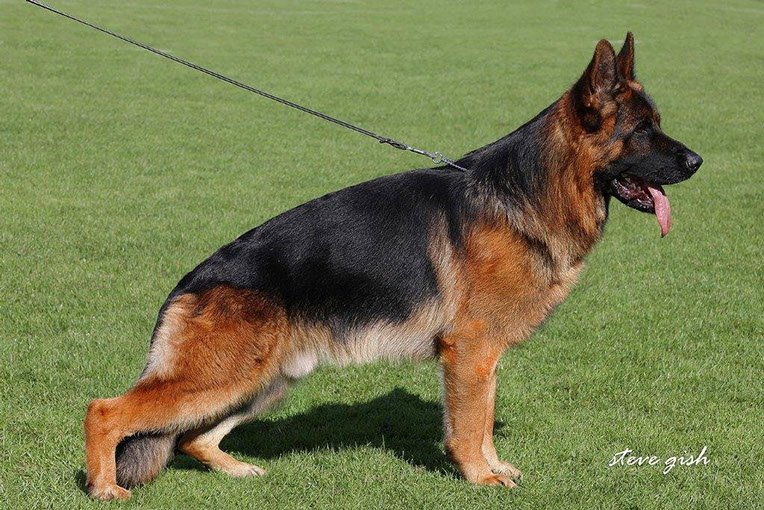 Gary is one of the best looking males we've seen in a long time in Germany. He is a large, very powerful masculine male with excellent pigment and proportions. He also has a confident, self assured nature with good nerves. He has a rich mahogany red and black color with excellent coat.

His father is the top producing male in Germany: VA1 Omen Radhaus (IPO3, Ang.) and His mother has produced the German Youth Sieger and top producer Arre Hühnegrab as well. He proved himself early on finishing no4 in the world at the German Sieger Show in 2014 and has naturally become a popular stud choice in Germany, breeding only with the females of the highest quality. 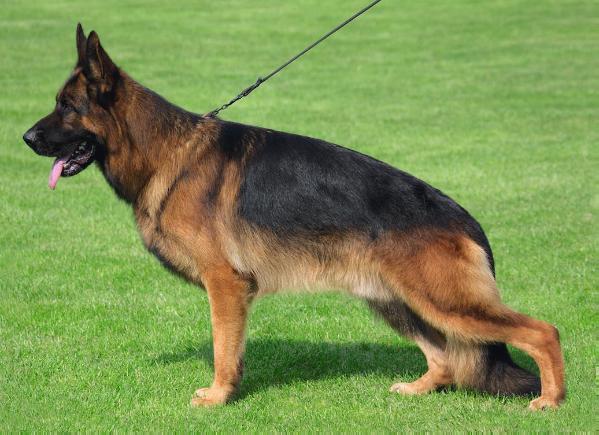 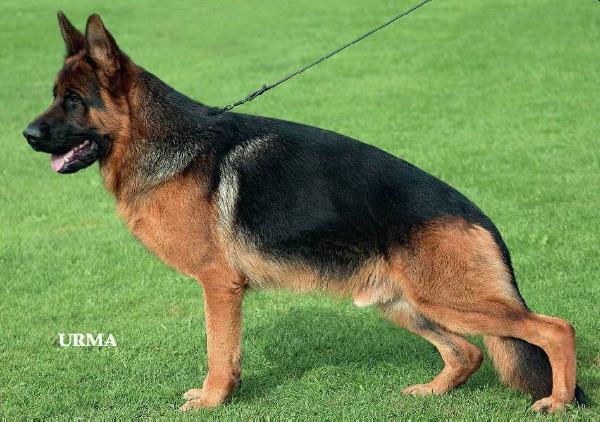 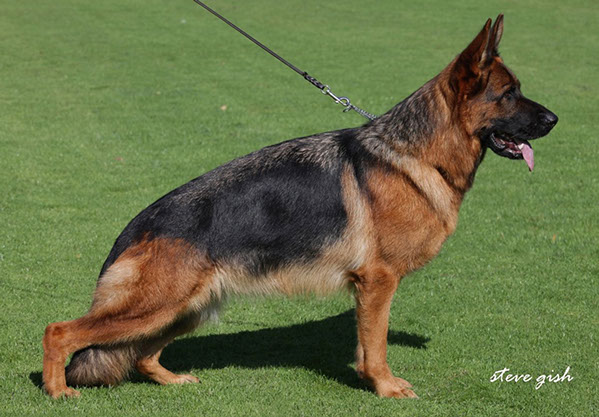