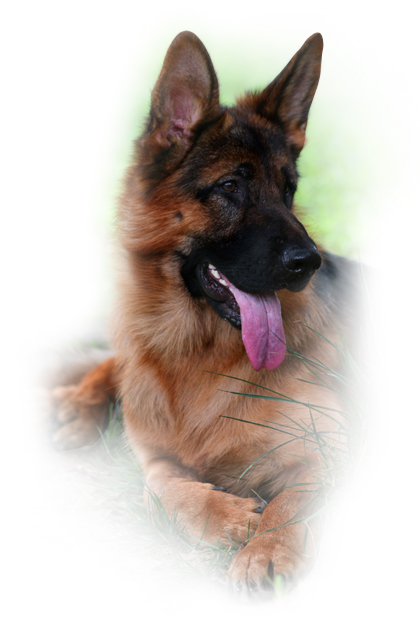 A guide to German Shepherd Pedigrees

Show Ratings evaluating structure of the German Shepherd under the 'SV' system:

Obedience Test which tests the dog and handler team’s obedience skills in crowds, in traffic and in open spaces on and off the leash.

Endurance Test where a dog must gait next to the handler for 12 miles on different terrain.

This is the ultimate test of brains, nerves and physical abilities of a dog. The test was designed in Germany over a 100 years ago to prove the mettle of German shepherds which were a new breed then.

The test has three levels of difficulty and can’t be attained before 18 months of age and the BH test is a prerequisite.

The sport is divided into three phases: A: Tracking, B: Obedience and C: Protection.

A track is laid for the dog in a field and it must use scent to find articles that are placed on it. The dog must indicate to the handler when its found the said articles.

The dog is supposed to be able follow a set routine offleash heeling with the handler. there are certain exercises where the dog must leave the handler, stay in the down command for extended periods of time and be neutral to its environment. These exercises also includes retrieving heavy objects and scaling hurdles. 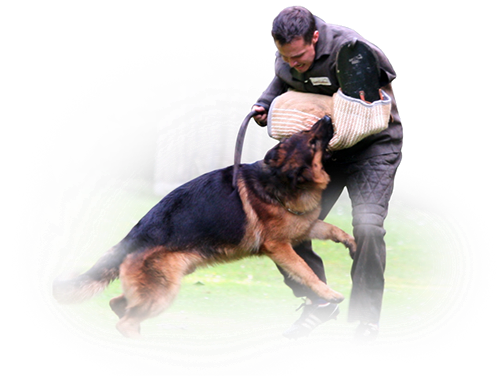 In this test the dog must search for the bad guy or the decoy and alert the handler when he finds said decoy. He must then wait for his handler to arrive and recall him off the decoy. The decoy is then apprehended and the dog is told to watch him, then, the decoy tries to escape and the dog must stop him first from escaping and then under threats from the escaping decoy. The exercise continues as the dog and handler “transport” the decoy to the presiding judge and there’s a “reattack” on the handler from the decoy and the dog must again protect its handler. The exercise is culminated after a courage test when the dog is supposed to take on the adversary (the decoy) charging from the other end of the football field and contain him till the handler arrives.

The new breed survey classification which determines the dog has been through the rigorous tests set forth by the SV. The minimum requirements to enter a breed survey are passing HD-ED a stamps, working and endurance title: BH, AD, IPO1 or greater, a show rating. The dog is supposed to pass a courage test where there’s an attack on the handler by a decoy and the dog must protect its owner under threat. This is then followed by a courage test or a long bite where the dog and handler team is challenged by the decoy from across the field and the dog must go and detain him till the handler arrives at the scene.

Körklasse is the older classification of the breed survey and was broken down into 1 and 2, 1 being the more desirable rating.

A Tracking Title where the dog is supposed to track over various surfaces to find predetermined objects called articles on the track.

The SV in Germany, the parent club of the German Shepherd breed. The SV has stringent regulations in place for breeding German Shepherds. The dogs are required to be Xrayed and evaluated to be free of Hip or Elbow Dysplasia (ONLY dogs from a1,a2, a3 ratings for HD-ED maybe bred from), are required to have working titles: a minimum of BH, AD, IPO1 and Breed Surveyed.

The international all breeds organization to which every single breed organization in the world belongs including the WUSV.

The leading organization in the United States to promote the German Shepherd Breed in USA. This club helps its members get hip and elbow evaluations for their dogs from Germany, and has an array of events where you can participate with your German Shepherd from shows to schutzhund trials. This organization is also a member of the WUSV.

This organization is the parent organization of the “American Showline” German Shepherd, which are prevalent in the AKC all breed shows and “speciality shows” valued for their strongly angulated hindquarters and an extensive side gait. They have no real regulation They also have recently started conducting German style shows and trials.

Originally a committee of the GSDCA to validate its membership of the WUSV (as till recently GSDCA did not follow a majority of requirements set forth by the SV) the WDA now is a stand alone organization with its own schutzhund trials and Sieger Shows.

The terms and abbreviations can be a little daunting for people who are new to the sport. In order to create some clarity and produce a clearer picture of what to expect when you see a pedigree of a German Shepherd dog, here are some terminologies you need to acquaint yourself with to be better equipped to handle the knowledge.

“A” stamp Ratings for certiification of hips and elbows through the parent breed club in Germany (SV):

ZW - Zuchtwert or Breeding Worth.

This is a number allocated to each dog. In theory, The lower the number the better. The breeding worth of a dog’s ability to produce good hips is determined by this number and factors like number of dogs registered and Xrays sent in for evaluation can cause it to go up or down.

For instance, The Breed Worth of ZW number of Kerry vom Königsadler is 71 which is the lowest for any stud male in the United States. 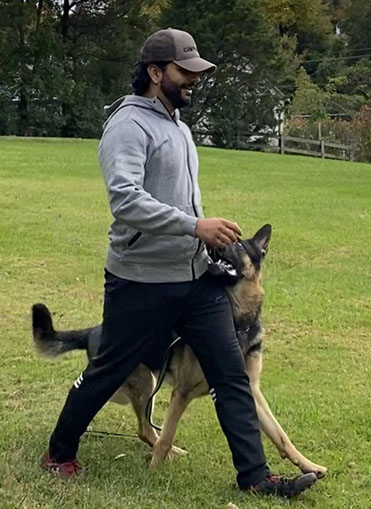